School Board elections have always been important but in our current climate, they are more important than ever. Educators are being criticized for teaching their curricula and tending to the social emotional needs of ALL their students. Some parents are demanding they tell the schools what books to have in their libraries and how to teach topics in the classrooms. That is why what is a “non-partisan” office has become so politicized.

The Birmingham Bloomfield Area Dem Club has entered this arena and has endorsed candidates in our local school board races. The process went like this. First, we vetted each candidate and decided which to speak to. Our club chair spent at least a half hour on the phone with each. She then sent them an 8-question questionnaire asking them to articulate their thoughts about running for school board and what they hoped to accomplish.

Each of them was invited to our August Club Meeting so we could all meet them. They each spoke at the meeting. The following day, the Executive Board members of the BBDems discussed their written responses and their comments at the meeting to decide who to endorse.

Here are our endorsements: 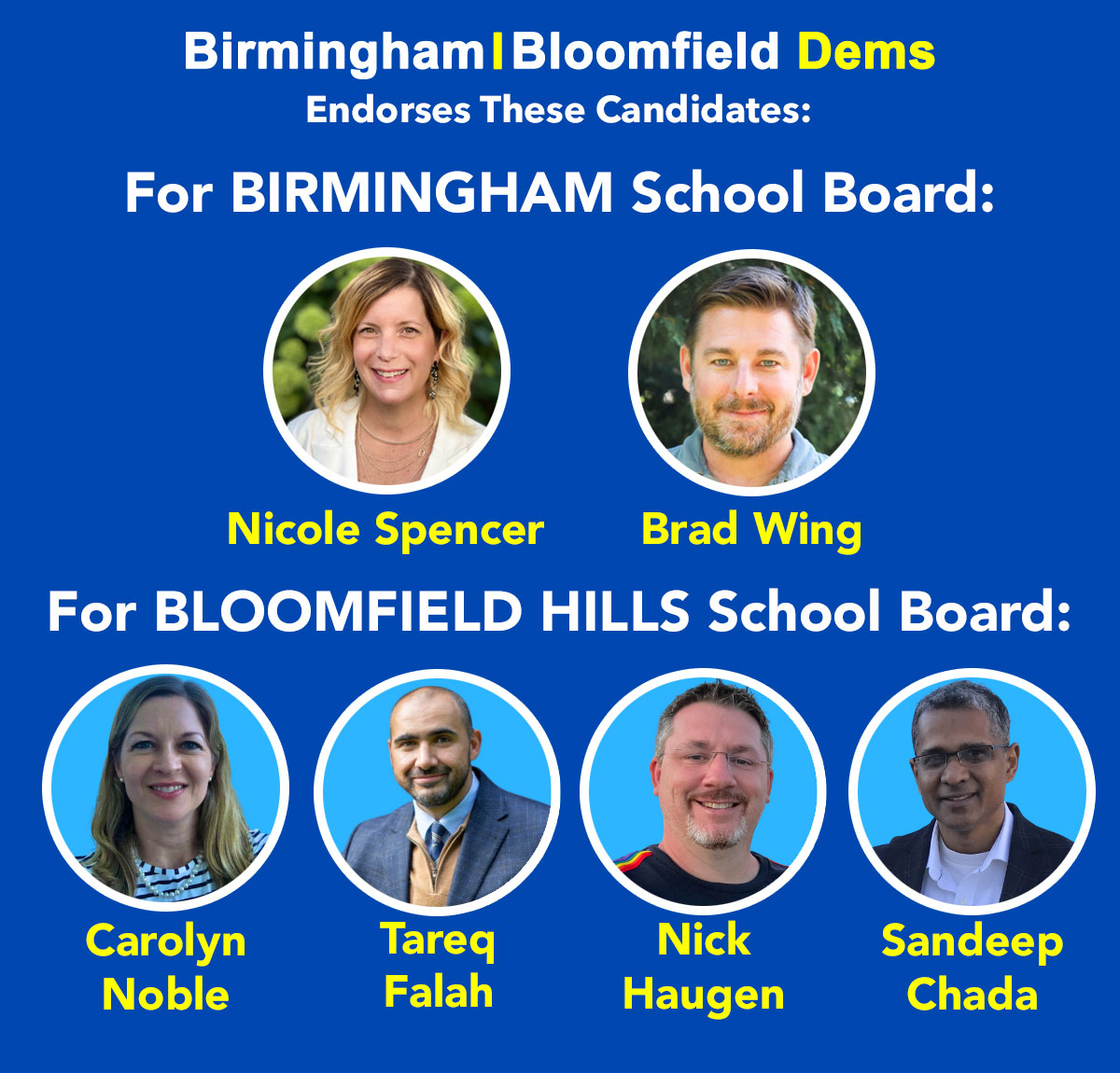